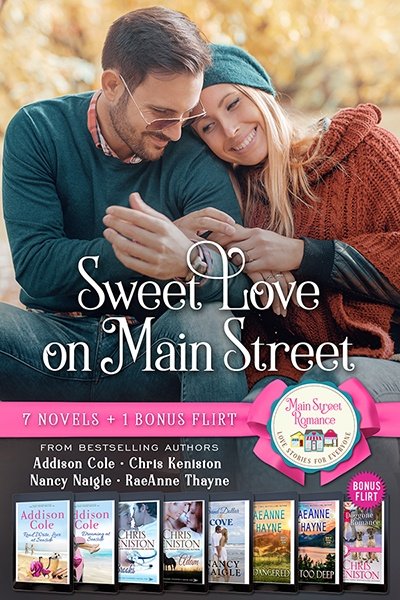 Sweet with Heat: Seaside Summers features a group of fun, flirty, and emotional friends who gather each summer at their Cape Cod cottages. They’re sassy, flawed, and so fun, you’ll be begging to enter their circle of friends! Addison Cole is the sweet-romance pen name of New York Times bestselling author Melissa Foster. Sweet with Heat books are the sweet editions of Melissa’s Love in Bloom steamy romance novels, they convey all of the passion you expect between two people in love, without any explicit scenes or harsh language.

READ, WRITE, LOVE AT SEASIDE
Bestselling author Kurt Remington lives to write. He spends twelve hours a day in front of his computer, rarely leaving the seclusion of his beach-front property, where he’s come to finish his latest thriller — that is, until free-spirited Leanna Bray nearly drowns in the ocean trying to save her dog. Kurt’s best-laid plans are shot to hell when he comes to their rescue. Kurt’s as irritated as he is intrigued by the sexy, hot mess of a woman who lives life on a whim, forgets everything, and doesn’t even know the definition of the word organized.

Leanna’s come to the Cape hoping to find a fulfilling career in the jam-making business, and until she figures out her own life, a man is not on the menu. But Leanna can’t get the six-two, deliciously muscled and tragically neat Kurt out of her mind. She tells herself she’s just stopping by to say thank you, but the heart-warming afternoon sparks an emotional and unexpectedly sweet ride as Kurt and Leanna test the powers of Chemistry 101: Opposites Attract.

DREAMING AT SEASIDE
Bella Abbascia has returned to Seaside Cottages in Wellfleet, Massachusetts, as she does every summer. Only this year, Bella has more on her mind than sunbathing and skinny-dipping with her girlfriends. She’s quit her job, put her house on the market, and sworn off relationships while she builds a new life in her favorite place on earth. That is, until good-time Bella’s prank takes a bad turn and a handsome police officer appears on the scene.

Single father and police officer Caden Grant left Boston with his fourteen-year-old son, Evan, after his partner was killed in the line of duty. He hopes to find a safer life in the small resort town of Wellfleet, and when he meets Bella during a night patrol shift, he realizes he’s found the one thing he’d never allowed himself to hope for—or even realized he was missing.

After fourteen years of focusing solely on his son, Caden cannot resist the intense attraction he feels toward beautiful Bella, and Bella’s powerless to fight the heat of their budding romance. But starting over proves more difficult than either of them imagined, and when Evan gets mixed up with the wrong kids, Caden’s loyalty is put to the test. Will he give up everything to protect his son—even Bella?

Welcome to Farraday Country, a twist on the favorite 7 Brides for 7 Brothers theme set in cattle-ranching west Texas, with all the friends, family and fun that fans have come to expect from USA TODAY Bestselling author Chris Keniston.

ADAM
On a barren road in the pre-dawn hours, Adam Farraday, the oldest of seven siblings, happens upon a disabled sports car and an angel in white searching for a disappearing dog. What is it about this secretive redheaded beauty that intrigues him as no woman has before?

After learning her fiancé’s true nature minutes before her wedding, Meg O’Brien drives as fast and as far away from her world as she can. Stranded with no money, and nowhere to go, the city girl must learn to fit in to small town life and all its quirky trappings. Too bad falling in love with her handsome rescuer is not an option.

BROOKS
On the way to his family’s ranch, Dr. Brooks Farraday encounters what he thinks is a hit and run. Instead he finds a beautiful stranger in the road petting a stray dog. He wants to be the friend she needs, but falling for her could come at too high price.

For Toni Castellano, attending a friend’s wedding in West Texas seems the perfect escape from her life in Boston. The last thing she needs is another man in her life. She fell for Prince Charming once with disastrous results. But could Brooks Farraday really be her knight in shining armor?

SAND DOLLAR COVE
Growing up, Elli Eversol spent nearly every summer in Sand Dollar Cove at her grandparents’ beach house, working at their shops on the old fishing pier. After a hurricane and Nor’easter damage the pier and the shops nearly beyond repair, Elli returns to town to help rebuild. She even launches the Buy-A-Board campaign to raise funds for the plight. Holden Moore is back in Sand Dollar Cove, too. He broke Elli’s heart years ago, but he’s pulling every Romeo trick in the book to win her back now. Yet there’s more to Holden’s agenda, and it doesn’t include saving the pier.

Brody Rankin is eager to scout the location for his company’s new mega-warehouse near a quaint North Carolina beach town. The online request for handyman assistance for the Buy-A-Board campaign in Sand Dollar Cove gives him the perfect reason to head to the east coast, check out the area, and contribute to a good cause. He’d only have to leave half of his playboy-surfer lifestyle behind for a little while—there are plenty of waves in the Atlantic. But when he meets Elli Eversol, she really gets the surf up, and he’s tempted to toss his playboy ways out with the tide.

When Will Tanner stopped her for speeding on a Wyoming backroad, Andrea McPhee couldn’t resist trying to tease a smile out of the brooding temporary sheriff, aching to bring some light to hold back the dark shadows. Her best friend’s older brother has journeyed through hell and deserves to find heaven on the other side – or at least a little peace.

Though fiercely drawn to the comfort of her arms, Will isn’t sure he can find room for a woman like Andie in a life focused on vengeance — until he discovers she has secrets of her own.

Can a man possessed by the past give the woman who loves him new hope? And can a woman still fighting her own demons be the sanctuary he needs?

Ryder Shaw is still quite possibly the most gorgeous male Carly Jacobs has ever known. She has never forgotten her teenage crush, or his betrayal years before, but now she’s back in her Wyoming hometown with a job to do. Though Carly wants nothing to do with the man she once loved and now despises, she has to stop a vicious poacher and she needs Ryder’s help.

As their journey takes them into the Wyoming wilderness, she can’t help but surrender to the lightning storm of passion between them. But can she find a way to forgive the man she had loved first and best? 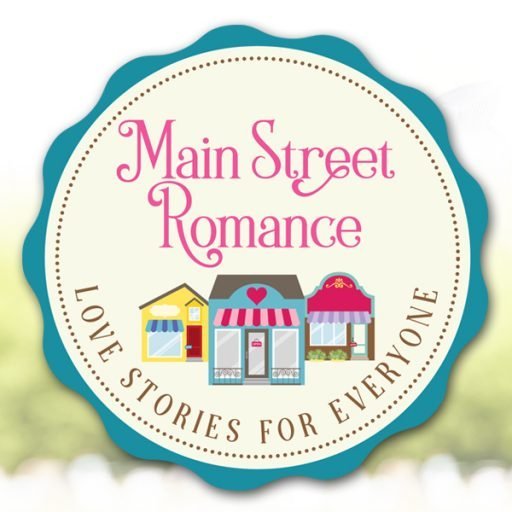 We're creating an entire Main Street world set in our fictional town of Romance, Virginia, and we'd like YOUR help! Join the fun on our Facebook page where you can help name shops, develop characters, and come up with story lines—PLUS you might win a cameo in one of our books or a brick in our Town Square!

We look forward to writing stories using your ideas! You may see your favorite characters from each of our series, and you'll meet new characters on their paths to love! Don't miss out. Be sure to follow us on Facebook and join the Main Street Romance family!